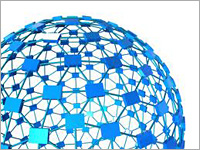 Hoffman Advisors was retained by this $3m capitalized, 3 year old startup to secure final funding required for roll-out of a nationwide broadcast telecommunications network with an advertising based revenue model, and to in turn secure the viability of an existing exclusive contract for a consumable product to be sold on the network. We worked with the founders to negotiate a Term Sheet toward execution of a recovery plan to stabilize the company after a Board dispute. We provided strategy for the company, managed outsourced legal counsel, restructured the board, resolved cap table issues, and in general prepared it for a financing offering.  This included rewriting the business plan with a $25m budget,  substantiation of a $300m entity value, and a separate offering for the product company’s 5-year $200m plan.

We cultivated and managed the Sales process and contractual relationships with the customers, (3) major national retail chains of 1,500 – 2,500 locations each.  We did the same with the major advertiser clientele, including the most recognizable brands in the general consumer market across all industries including soft drinks, automobiles, and motion pictures. We established and solidified strategic partnership / investment relationships with the three major wireless data carriers as well as public broadcasting networks, and secured a strategic advertising partner to guarantee the company’s contract with the carrier ultimately selected. We secured a $250K bridge funding round and successfully obtained commitment for the full $17m in funding sought.

Hired by engineer/owner and Board Chairman to clean up neglected functions including legal claims against former suppliers, contracts with new ones, and systematizing operations and finance for this 3 year old, $6m capitalized startup in the consumer audio products industry.

We were retained to negotiate and diffuse a board dispute between the founding partners of this 2 year old firm. We successfully prevented the breakup of this closely held corporation, rewrote its business plan, marketed it for capital, and served on the advisory board. The client company was ultimately sold the following year to Symantec Corporation for approximately 10x revenue.

“Having consulted with over half a dozen start-up companies and raising several million dollars, I can honestly say that Mitch Hoffman has set the standard for any executive; start-up or otherwise. His intelligence, integrity and initiative combine to make any project he chooses a success.  His understanding of all aspects of a capital campaign is not only thorough but extremely rare.  Our company is most fortunate to have him! I wouldn’t hesitate a second in recommending Mitch and Hoffman Advisors for any project they would consider.” – R.D., Satisfied Hoffman Advisors’ Client 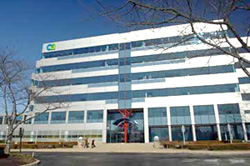 Major Boston Based Real Estate Finance Firm with acquisitions and sales of properties and portfolios of $200m or more.

We established their initial network with a conversion of Macintosh files to a full PC Client-Server based networked architecture. The client network doubled in size over an 11+ year account tenure, with account revenue growth of 1000% during this time. Since this client company’s inception, we designed and implemented all Accounting, Web, Email and related systems for this large enterprise. 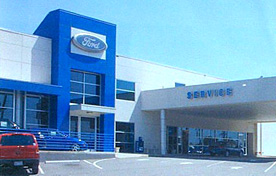 We were retained to combat a virus outbreak that resulted from another vendor’s prior history of poor systems management. A 4 month sales cycle was ultimately successful despite price sensitive management through our creative use of lease financing for the entire project, including services.

This resulted in our securing a contract to rebuild the company’s entire existing PC infrastructure, as well as to double the equipment population to over 100 machines in the sales, service and parts departments, as well as a growing multiple location Car Wash division. The project included the addition of in-house email, advertising, marketing, HR, sales and integration with other existing legacy ERP systems. Upon completion of the multiple-year project, we had completely revamped the entire infrastructure for this renown company, providing platinum level service and doubling our own account revenue.

We were retained to establish the initial network for this rapidly growing enterprise. Our team grew the account revenue base by 250% over a period of 4 years. During this time, we functioned as an outsourced CTO and general business advisory to the CEO and CFO. We guided creation and implementation of their original internal and external web and e‑commerce infrastructures. This included overall management and integration of the development and deployment teams for their original web site effort, including both the public site as well as a highly innovative extranet and e-commerce system for their worldwide network of 400 dealers. This system is substantially still in use today. All projects were successfully completed and launched.

We also advised the team that implemented their ERP, Inventory, CRM, and related internal systems, bringing the company from legacy UNIX systems to the more modern Microsoft Dynamics Accounting platform. Together, the web-based and internal systems had a combined services budget of $1m and were ground-breaking at the time. During our tenure, this client company grew from $13m to $80m in sales. After 4 years we initiated a transition of the IT functions to a new internal staff of four employees. The client company has since doubled sales again, to $150m.